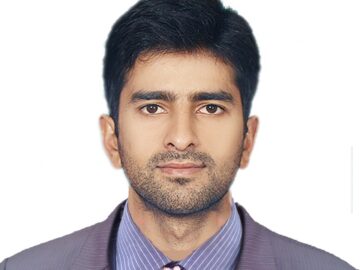 Muhammad Umair is a PhD candidate under the supervision of Prof. Athman. He has served as a Lecturer at the Department of Electrical, Electronics and Telecommunication Engineering, New Campus, UET Lahore. He completed his B.Sc. Electrical Engineering and MSc. Electrical Engineering from the University of Engineering & Technology (UET) Lahore in 2014 and 2017, respectively. He has worked as a Research Officer at Internet of Things (IoT) lab at Al-Khwarizmi Institute of Computer Sciences, UET Lahore.  He has also worked at Sultan Qaboos IT Research lab as a Research Officer.  He is one of the leading IoT researchers from Pakistan. His survey on Social IoT platforms is the most cited survey for SIoT applications. He has designed many graduate level courses on IoT. He is also the author of textbooks on IoT for grade IX and X. His current areas of interests include Internet of Things, Embedded Systems, Network Systems, Machine Learning, Algorithms Development, Cloud Based Systems, Data Analytics and working on the application layer of any of the defined problems.